Yale-educated University of Tennessee law professor Glenn Harlan Reynolds has favored the world with his op-ed in USA Today (really, USA Today?) about #Shirtgate or #Shirtstorm, depending on your hashtag of choice. If you don't know about #shirtstorm, the short version is this: A scientist heading the team who landed a lander (natch) on a comet--a milestone for humankind--decided to honor the moment by wearing a bowling (?) shirt sporting hypersexualized cartoon women wielding equally hypersexualized guns. After women on Twitter observed that, given the iffy climate for women in STEM, such a shirt might be, yanno, the wrong message to send, all hell broke loose on Twitter, most of it unleashed in the form of the "die, ugly bitch who needs to get laid and is retarded and should get Ebola" sort.

Reynolds was more measured in his response. Harkening back to the good old days when Don Draper wasn't just a retro character on cable TV, civil rights were just a glint in the eyes of the oppressed, and people thought Lawrence Welk might be onto something, Reynolds has eddymacated the world about shirts and space programs. Apparently, bad shirts and good space programs must co-exist or humankind will come to an end. To quote:


Better not to land a spaceship on a comet than let men wear sexist clothing.

These are our options?

His op-ed is the winning card in blackout anti-woman bingo, so get your bingo chips folks, and let's play. His words are in italics.

So how are things going for feminism? Well, last week, some feminists took one of the great achievements of human history — landing a probe from Earth on a comet hundreds of millions of miles away — and made it all about the clothes. (G14)
Yes. This was just about clothes. You know these women. Always on about the clothes.

Yes, that's right. After years of effort, the European Space Agency's lander Philae landed on a comet 300 million miles away. At first, people were excited.
People are still excited. That was goddamned awesome. As humans with brains, we are capable of processing information and emotions related to more than one topic at a time.

Then some women noticed that one of the space scientists, Matt Taylor, was wearing a shirt, made for him by a female "close pal," featuring comic-book depictions of semi-naked women. And suddenly, the triumph of the comet landing was drowned out by shouts of feminist outrage about ... what people were wearing. (B10)
Gosh. I wish women could just be quieter about their outrage. I mean, what are women compared to spaceships and comets? Nope, Reynolds. It was (1) about what HE was wearing, (2) that no one at ESA had talked him into, say, not wearing it while talking about a milestone for humankind on international TV, and (3) ultimately about how abusively so many people responded to the critique that the shirt was inappropriate and not terribly welcoming to women. NB: Matt Taylor has apologized, sincerely. I feel bad for him because this isn't about Matt Taylor--although it must unquestionably feel that way to him. It's about all of the factors that intersect in a male scientist ending up in that shirt in that situation in 2014 at this key moment in human progress.

It was one small shirt for a man, one giant leap backward for womankind. (O34)
The shirt wasn't really that small. And every time women point out ways that we aren't respected or actions and behaviors that we find inappropriate or sexist, we are told that we are making "too big of a deal" out of things, that we need to "get over it." Pushing back against that isn't leaping backward. It's pushing forward.

The Atlantic's Rose Eveleth tweeted, "No no women are toooootally welcome in our community, just ask the dude in this shirt." Astrophysicist Katie Mack commented: "I don't care what scientists wear. But a shirt featuring women in lingerie isn't appropriate for a broadcast if you care about women in STEM." And from there, the online feminist lynch mob took off until Taylor was forced to deliver a tearful apology on camera. (N74)
First, as anyone paying attention can attest, using the phrase "lynch mob" is loaded and problematic. Here's what lynch mobs did and do. If you can find anything remotely evocative of that in the tweets Reynolds cites above, do tell. And here are some examples of what some men of Twitter said in response to those tweets (highlights (all sic): "fucking retard hope you get Ebola," and "he landed a fukn probe on a comet. ...he can wear a strap on dildo if he pleases." I think folks might want to be careful with the whole "Cool deed outweighs bad behavior" argument). That's not a lynch mob, either, but it's abusive and sexist. Some women involved have been targeted and doxxed. Remind me again who's taking the giant leap backwards here?

It seems to me that if you care about women in STEM, maybe you shouldn't want to communicate the notion that they're so delicate that they can't handle pictures of comic-book women. Will we stock our Mars spacecraft with fainting couches? (I63)
So, a man's shirt is criticized and men react with abuse and epithets and just above, we learn that the man in the shirt was very upset, but women are the ones who need fainting couches? Of course, that very phrase and words like "delicate" used in this way are directly sexist and intended as mockery of women and things womanly. But here's the thing: Calling people on their shit doesn't communicate delicacy or fragility, especially when, after long experience, we know exactly what kind of abuse will be hurled. We've handled a lot more than being confronted by "comic-book women" in the professional STEM context, and what we communicate when we handle it is that we are tired of this shit and will call it out when we see it. And there's more than a smidge of internal inconsistency in accusing people of being a bullying lynch mob while also mocking them as delicate and in need of a fainting couch.

Not everyone was so censorious. As one female space professional wrote: "Don't these women and their male cohorts understand that *they* are doing the damage to what/whom they claim to defend!?" (#notallwomen) (B12)
"Sorry, that page doesn't exist." I guess she reconsidered. [It still exists; copied link from the article was broken] One phenomenon I've noticed in these back-and-forths in social media is a cohort of Cool Girls (read the book) who step in to observe that this just isn't that big of a deal, they don't like labels, can't people just cool it and not be so uptight? I give Cool Girls 10 years, 15 maximum, in science before they suddenly realize how important a label like feminist really is. And before they realize that The Shirt is just one more in a long line of who-gives-a-fuck-about-women expressions in historically male-dominated professions ... or just in, yanno, life. I don't consider calling people on -isms to be damaging the people against whom those -isms are wielded.

No, they don't. Or, if they do, their reservations are overcome by the desire to feel important and powerful at others' expense. (N44)
Yes. Critiquing a shirt as inappropriate is really about a desire to feel super powerful and bring down the space program ... or something.

Thus, what should have been the greatest day in a man's life — accomplishing something never before done in the history of humanity — was instead derailed by people with their own axes to grind. As Chloe Price observed: "Imagine the ... storm if the scientist had been a woman and everyone focused solely on her clothes and not her achievements." (I39)
The greatest day in a man's life. Perhaps he should have given some consideration to his attire on this, the greatest day, when the world was watching. As for Price's observation, the analogy fails. Women are criticized for their attire and their clothes all the time. Criticizing a woman is punching down and it usually involves sexualizing her in the process. The critique of this shirt comes from those not in power and doesn't involve sexualizing anyone. It simply means that the fellow wore a totally inappropriate shirt--for women, for grade-school students watching, for this purpose. Context simply matters here.

Yes, feminists have been telling us for years that women can wear whatever they want, and for men to comment in any way is sexism. But that's obviously a double standard, since they evidently feel no compunction whatsoever in criticizing what men wear. News flash: Geeks don't dress like Don Draper. (B82)
News flash: One reason we don't dress like Don Draper is that a lot of us are not even men. And again, this situation isn't about commenting on this man's sexuality or sex appeal or the right not to be raped, which is what feminism's insistence that women be able to dress as women has been about. It's commenting on attire that under any circumstances in almost any workplace would not be OK. It leaped out particularly to women in STEM because of, yes, context.

Meanwhile, Time magazine last week ran an online poll of words that should be retired from the English language. The winner — by an enormous margin — was "feminist." That's fitting. With this sort of behavior in mind, it's no surprise that so many people feel that feminism has passed its sell-by date. (G38)
Yeah. Argumentum ad populum. By way of a Time online poll, no less. Which Time now regrets.

Only 23% of American women and only 20% of Americans overall identify as feminists, even though most are in favor of gender equality. (O23)
So most are feminist. And see "already cited fallacy," above.

Feminists, who like to say that feminism is gender equality, are unhappy with this, but I think the poll captures a truth. (I61)
Confirmation bias. Of course Reynolds thinks that. Time magazine online poll backs him up.

Whatever feminists say, their true priorities are revealed in what they do, and what they do is, mostly, man-bashing and special pleading. (G57)
Asking for a respectful and non-objectifying workplace is not "special pleading." And man bashing? Does it involve rape and death threats? Just asking. Regardless of what Reynolds wants the Time magazine poll to tell him, the true priority of feminism is gender equality. Question for the floor: If I wore a bowling shirt covered in cartoonized erect penises and cartoony weaponry to, say, teach a class or talk science on international TV ... what would the response be to that?

When you act like what pioneer feminist Betty Friedan once called "female chauvinist boors," you shouldn't be surprised to lose popularity. (O25)
Popularity, like the kind we can measure with Time online polls? Here's the thing, dude: When you've got Beyonce on your team, you've got popularity.

"Mean girls" online mobbing may be fun for some, but it's not likely to appeal for long. If self-proclaimed feminists have nothing more to offer than that sort of bullying, then their obsolescence is well deserved. (N55)
He wishes. Feminists aren't going away just because someone tries to mock them with fainting couches. And mobbing? He cites two people who mildly critiqued a shirt, in context, and that's mobbing. Bullying, too. Sniff. Methinks that women are not the ones in need of the fainting couch here. 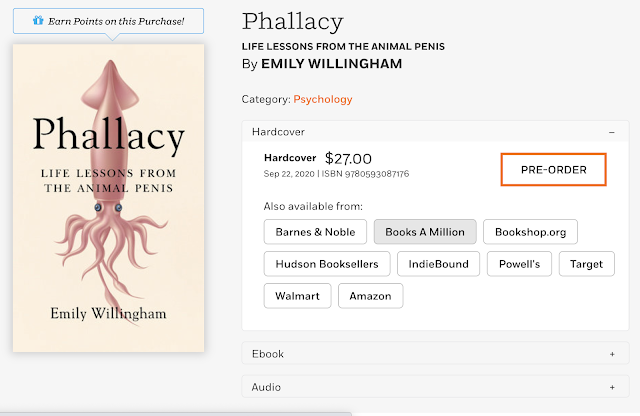 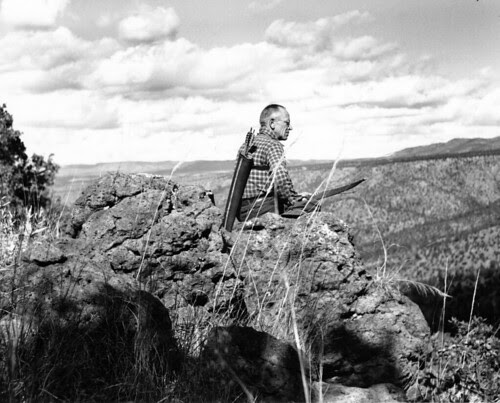